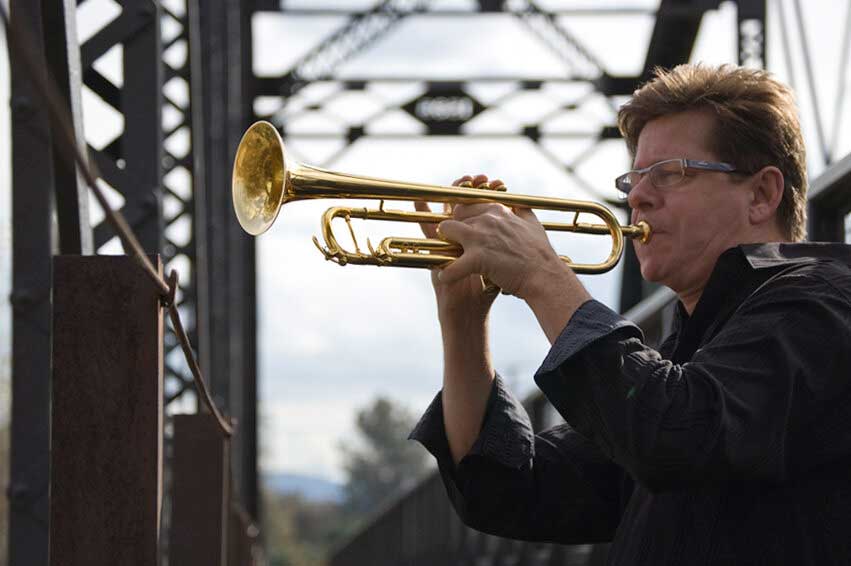 Wayne Bergeron is one of the most sought-after musicians in the world. Although born in Hartford, Connecticut in 1958, Bergeron has been a native Californian since the age of one. He started out on French horn but switched to trumpet in seventh grade finding he had the natural ability for the upper register.

Besides live performances and recordings Bergeron also played on over 400 TV & motion picture soundtracks. Among those include The Incredibles 2, La La Land, Wreck it Ralph 2, Toy Story 4, The Lion King (2019), The Mule, Crazy Rich Asians, First Man, Smallfoot, The Predator, Sing, Moana, Frozen, Rocky Balboa, Bridge of Spies, Get On Up, Toy Story 3, Monsters University, Despicable Me 1 & 2 and numerous more.

After many years of paying his due as a side man, Bergeron stepped out with his first solo album, ‘You Call This a Living?’. He earned a Grammy nomination with this project in 2004 for Best Large Jazz Ensemble along with raving reviews from fans and the worldwide press. Bergeron’s released his second CD, ‘Plays Well With Others’ in 2007 on the Concord Jazz label again with world-wide acclaim. His latest CD, ‘Full Circle’, he feels is his best work to date was released in January of 2016.

Bergeron is a National Artist for the Yamaha Corporation of America and is co- designer of the YTR-8335LA trumpet and YFH-8315G Flugelhorn. Bergeron also designed a series of trumpet mouthpieces with Gary Radtke of GR Technologies that are available through Bergeron’s website.

As Wayne Bergeron was himself mentored by legends like Uan Racey, Bobby Shew, Warren Luening, Gary Grant, Rick Baptist, and George Graham, He hopes to inspire young players as a clinician and educator. “Nothing makes me feel more accomplished than hearing a young musician say that I inspired them or had a positive influence on their life. For me, that’s the real payday.” Bergeron teaches currently at California State University Northridge.